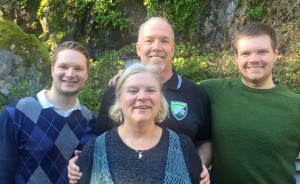 A husband and father, John and his wife Ellie have two grown sons. John and his siblings were raised in Saanich by his mother, after his father passed away when he was very young. John grew up playing sports and was a natural leader at school, on the basketball court and the lacrosse box.

As a young man John worked in a BC mill and in a joinery. He earned his Bachelor’s and Master’s Degrees at Trent University in Ontario and Sydney University in Australia. A meeting with Tommy Douglas sparked his interest in social democracy and he went on to work for Members of Parliament in Ottawa.

In 2001 Horgan started a management and research consulting company helping both private and public sector organizations. John was elected to the Legislature in 2005 and has been re-elected three times. He became leader of the BCNDP in 2014. A cancer survivor, he is a passionate advocate for health care, public schools and community services for families.

John Horgan is working for opportunity and security for everyday families – a break for the middle class, education and good job prospects for young people, health care when you need it, and better care for seniors.

I am eager to continue visiting communities, large and small, across the province. I’m steadfast in my determination to find practical solutions to the problems we face in our neighborhoods and across our province. I am proud to represent people that are passionate and committed to standing up for what they believe is right for their community and future generations.

Find links to government services and answers to your questions!

Stay informed on what's happening in your community