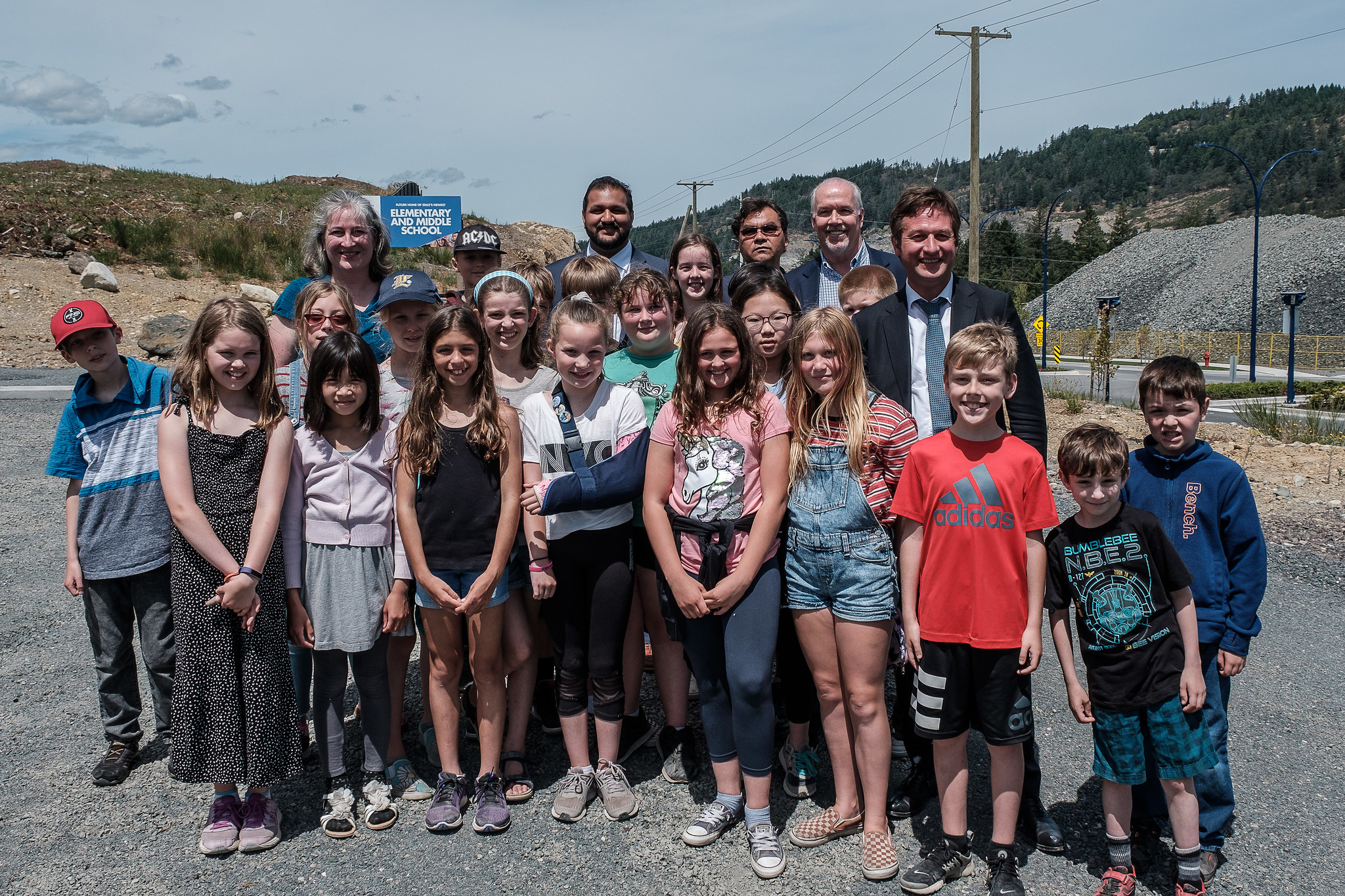 Two new schools in the fast-growing community of Langford will give kids modern, inspiring places to learn while reducing crowding at nearby schools.

“Schools are at the heart of community. They are where we meet, play and connect,” said Premier John Horgan. “These two new state-of-the-art schools coming to Langford will deliver the modern learning environments our children need, while also providing spaces for community organizations and events.”

The Government of British Columbia is providing $88.6 million to build a 500-seat elementary school and a 700-seat middle school on Constellation Avenue in Langford, less than a five-minute drive from the new Belmont Secondary school.

These investments are part of the B.C. government’s work to add new student seats in fast-growing communities and give students a better place to go to school. Since September 2017, the Province has created 9,425 student seats at new and expanded schools throughout B.C., including 1,800 new student seats in the Sooke School District. Sooke is one of the two fastest-growing school districts in B.C.

“These two brand new schools will ensure that families on the West Shore are well served close to home,” said Rob Fleming, Minister of Education. “We are making great progress in this growing community after years of under investment from the previous government.”

Both new schools are expected to be ready for students in September 2022. The elementary school will feature a neighbourhood learning centre with child care space to further benefit young families in the community.

In addition, the Province will provide $18.6 million to secure a new site for a future secondary school on McCallum Road in Langford. The district will contribute $350,000. The ministry will work with the district on the best path forward to bring a new school to the property to benefit Langford students.

“This is a great day for our school district and community,” said Ravi Parmar, board chair, Sooke School District. “Today, most of our schools are at or nearing capacity. This new elementary and middle school, as well as the land purchase for a future secondary school, are going to help eliminate portables and implement our board’s plan to build new classroom spaces for our growing community.”