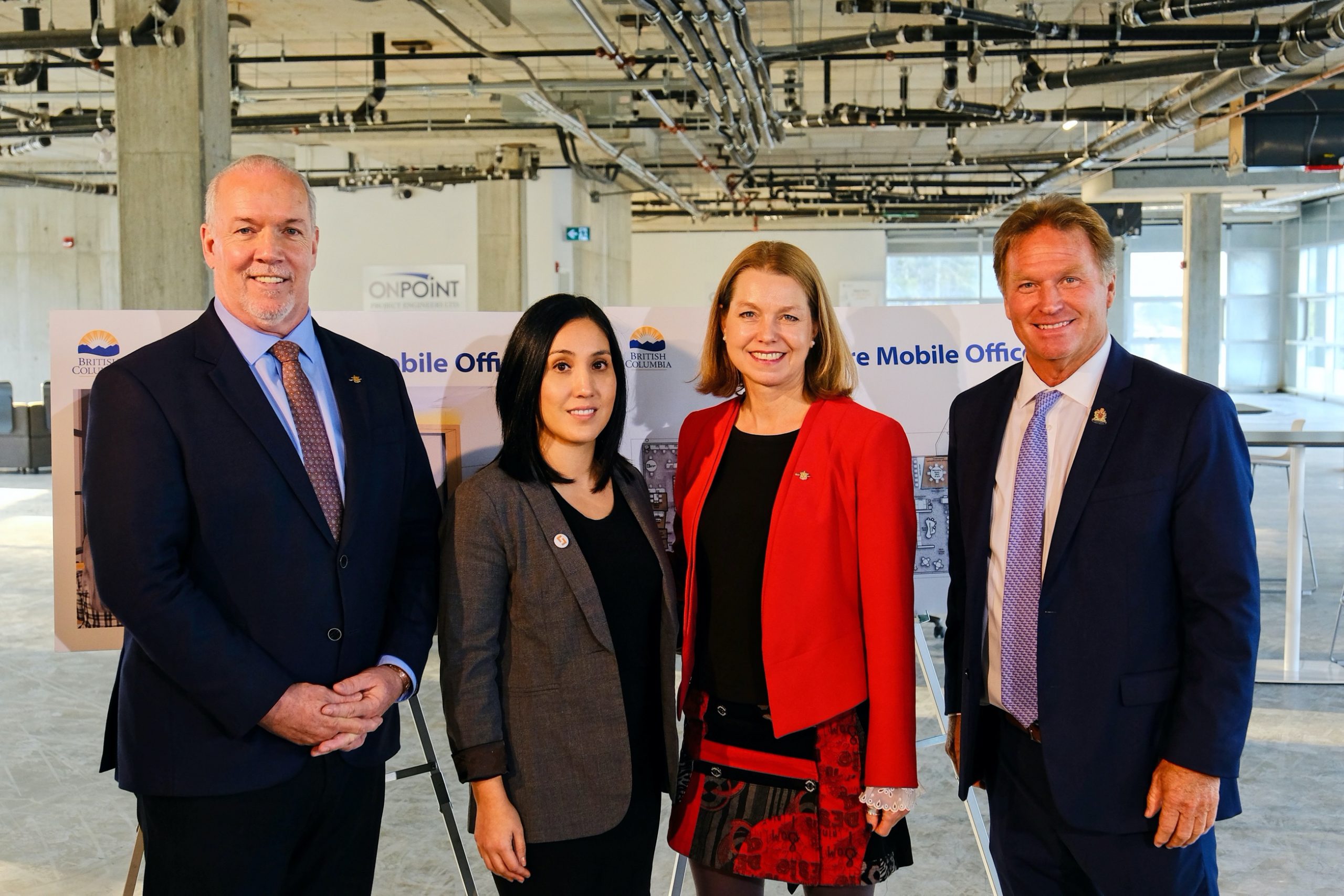 A new mobile office pilot program for government workers who live in the Westshore will help reduce congestion, get commuters out of gridlock and give people more time with their families.

“Making life better for people and tackling climate change means rethinking how we work and get around,” said Premier John Horgan. “After years of demand, our government is moving forward with this pilot project – the first of what we hope will turn into more mobile work spaces, allowing people to live and work in their community and reducing our emissions to help build a brighter future for British Columbians.”

Premier Horgan was joined by Mitzi Dean, MLA for Esquimalt-Metchosin, Westshore mayors and local BC Public Service employees to celebrate the project and get a tour of the space. Participants got to learn more about the mobile workspace and see some of the design features and layout that will be used once the office renovation is complete.

“I know how important this project is to many people living in the Westshore,” Dean said. “The morning commute into Victoria can take hours, which impacts quality family time, the local economy and the environment. Advancements in technology mean that, more and more, people are able to live where they work and work where they live. This new office space is a first step in making this a reality for those who live in our community and work in the B.C. public service.”

The new office, which will be located on the second floor of the Westhills Building at 1311 Lakepoint Way, is the Province’s first mobile-only model. The office is being launched as a pilot, with the goal of expanding the model to other offices in the future. Design plans will have office space for about 100 workers, bike storage and showers that promote active transportation options for the ride into work.

Over 2,000 B.C. government employees – more than 20% of the BC Public Service employees in Victoria – live in the Westshore communities of Colwood, Langford, View Royal, Metchosin, Sooke and the Highlands. Many have long advocated for an office space close to home due to the time and money they spend commuting.

“Our government is focused on doing things differently to improve the lives of British Columbians,” said Selina Robinson, Minister of Citizens’ Services. “One way we’re doing this is by modernizing the way government operates. This collaborative workspace is about giving people the flexibility they need to create a better work-life balance, while supporting innovation across the BC Public Service and helping to attract and retain new talent.”

On average, a person travelling from the Westshore to Victoria for work spends more than two hours a day commuting. This project will help ease commute times and support government’s goal to lower greenhouse gas emissions and other pollutants by reducing congestion and traffic idling.

“For over 25 years, my council and I have been advocating for government offices in Langford,” said Stew Young, mayor of Langford. “My hope is that this office will be the first of many. It will allow our residents to get out of traffic, have a better work-life balance and spend more time with their families.”

The Province has signed a lease for the space and is investing about $2.2 million in the project that is managed by On Point Project Engineers Ltd. The floorplan design work is complete, the detailed design work is underway and construction is expected to begin in spring 2020. Occupancy is expected in late fall 2020.

This project also supports government’s work to build a low-carbon economy by making changes to the way people live, work and commute to put B.C. on a cleaner, more sustainable path. Under the CleanBC Government Buildings Program, work is underway to create smarter, greener and more energy-efficient government facilities. A key piece of this plan is to create more flexible and modern work environments – like this project – to support a growing mobile workforce. 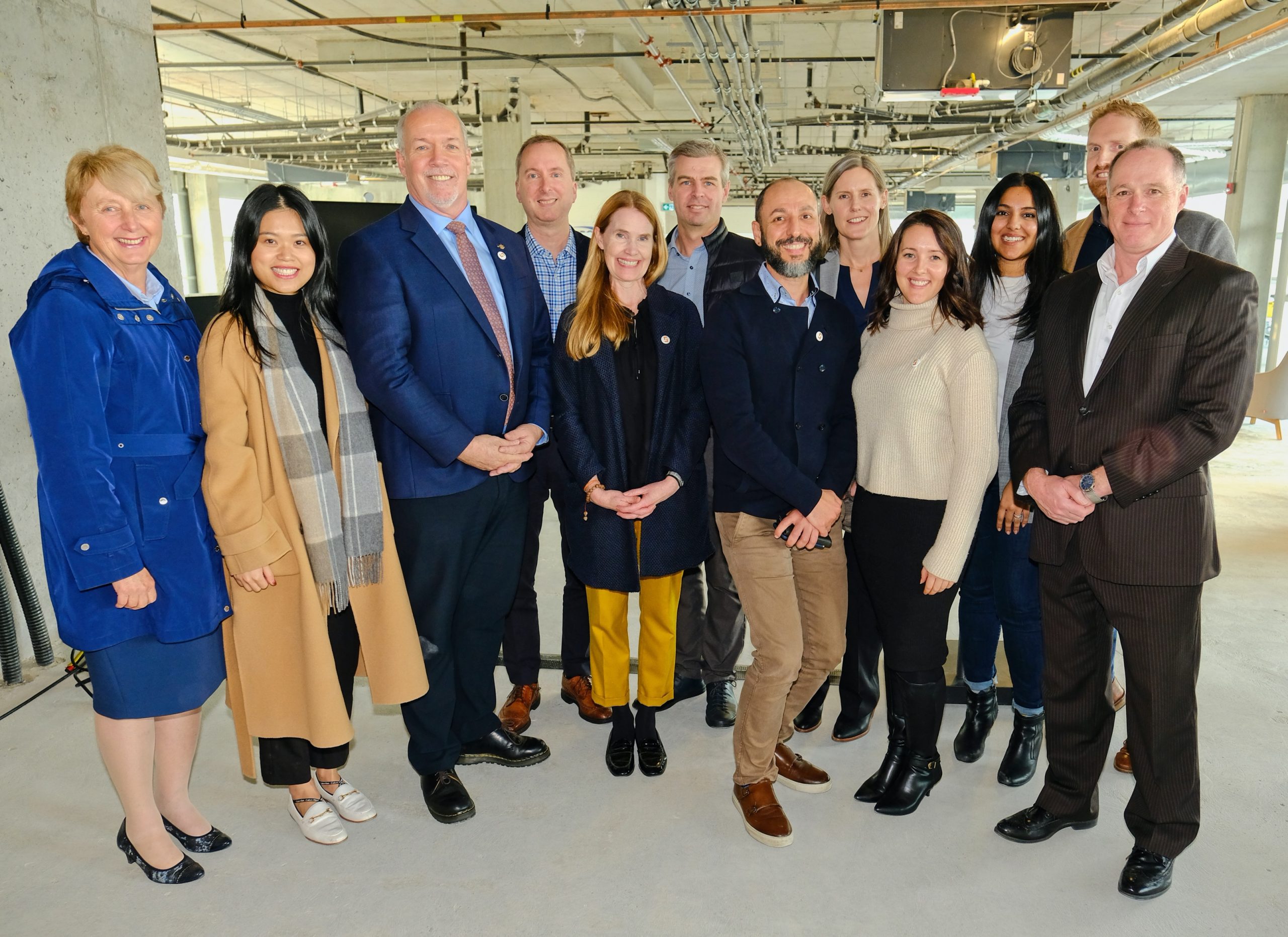